The Autobiography of a Yogi – An International Bestseller

Autobiography of A Yogi’ tells the life story of Paramahansa Yogananda, one of the best spiritual books ever written. This introduces western readers to India’s ancient science of Yoga. This book is a must read for anyone interested in spirituality, God-realization and the laws behind miracles. The book covers Yogananda’s remarkable childhood and describes his search for his guru, Yukteswar Giri. Yogananda then spent ten years in training to become a yoga master. He taught many others The Science of Kriya Yoga, a technique that was initiated by Yukteswar. The Yogi also established a school by the name of Yogoda Satsanga Brahmacharya Vidyalaya.

Paramahansa Yogananda was born in as Mukunda Lal Ghosh. He was an Indian yogi and guru.

At the age of 17, in the year 1910, he found his guru Swami Yukteswar Giri. Yogananda graduated with a B.A. from the Serampore College and in 1915 took vows to join the Swami Order. Here, he was given the name Swami Yogananda Giri. The Yogi established the Yogoda Satsanga Society of India in Ranchi. In 1920, he was sent to Boston to attend the International Congress of Religious Liberals. He lived in America for the next thirty years (1920-1952) and taught the soul-awakening techniques of Kriya Yoga to many people. Yogananda visited India in 1935, where he was given the monastic title of Paramahansa, which represents the highest spiritual attainment. The Yogi passed away in 1952 and his funeral service was attended by with hundreds of people in Los Angeles. On his twenty-fifth death anniversary, the Indian government issued a special commemorative stamp in his honour. 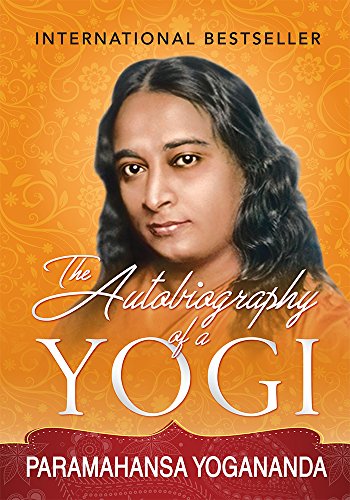 The Autobiography of a Yogi

The 7 Habits Of Highly Effective People

Rs. 397
We will be happy to hear your thoughts

Get latest updates on new and trendy stuff to buy online.

Rs. 440
Buy Now ❯
About Us
We offer the best deals for gadgets, home decor, gifts and everything else. TrendyStuffToBuy is updated daily with a wide variety of uncommon gifts for men, women, children, and things you will so want to buy right away! We feature products that have a focus on being out-of-the-ordinary, having amazing product design, or just being really or odd or unusual. We've hand picked each one of our gift ideas within our collection to be as unique as possible, so you shouldn't have a problem finding your next gift here.
More Stuff
Follow Us
Categories
Books & Media Car & Bike Cool Stuff Fashion Food Gadgets Gifts Health & Beauty Home & Decor Kids Stuff Office Stuff Sports Travel
Gift Ideas
Best Reads Childhood Days Covid-19 Coronavirus Diwali Free Stuff Gifts for Her Gifts for Him Gifts for Kids Gifts for Mom Gifts for Parents Hair Care Healthy Foods Must-Have Photography Safety Summer Must-Haves Unique Products Winter Care Work from Home Yoga Day

Get latest updates on new and trendy stuff to buy online.